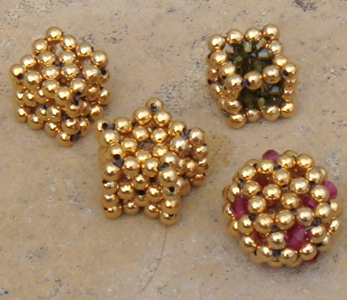 As promised in my Beadblog, I’m adding these pics of my Dynasty Beaded Beads. Following on in the technique of my Scintillating Spheres, I’ve played around with numbers and had so many “what if…” moments. Working these shapes with round beads, I’m constantly reminded of the atomic structures I had in my lab whilst I was teaching. but they weren’t so sparkly.

So far there are five Dynasty Beads – the Cube, Star, Pastille, Lantern and Puff. The Star and Pastille can be strung on through the centre or sideways – both look good. 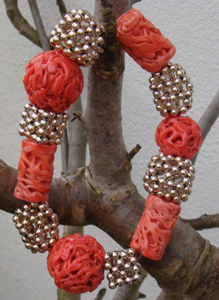 My daughter came home over Easter and, once she’d settled down for a cuppa, I went to get the newly completed, Dynasty bracelet to show her, but it was gone! Bizarre. I couldn’t understand it, but started trying to describe it to her. She just grinned and held up her arm to show me she was wearing it! 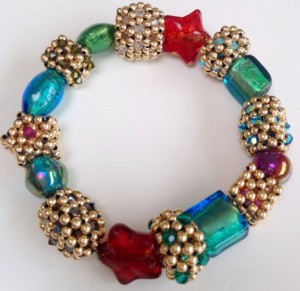